Have you ever been inside a gypsy tent in a carnival or fair? Chances are, you might have stepped inside one because the person inside can allegedly foretell your future. 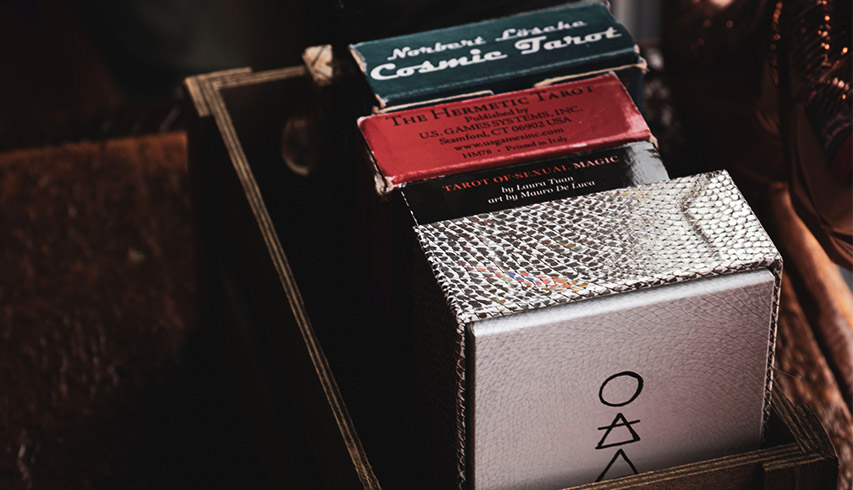 Have you ever been inside a gypsy tent in a carnival or fair? Chances are, you might have stepped inside one because the person inside can allegedly foretell your future.

Typically, the diviner, usually a middle-aged woman dressed in a gypsy costume, uses cards with strange illustrations to tell you of your future. These cards are called tarots.

A full set of tarots comprises of seventy-eight cards. The cards are then divided into two distinct parts.

One: The Major Arcana or Greater Secrets

Typically, known as trump cards, these are twenty-one cards without suits. These cards are known by their titles: The Magician, The High Priestess, The Empress, The Emperor, The Hierophant, The Lovers, The Chariot, Strength, The Hermit, Wheel of Fortune, Justice, The Hanged Man, Death, Temperance, The Devil, The Tower, The Star, The Moon, The Sun, Judgement, and The World. There is a twenty-second card called The Fool. Its value is equivalent to zero.

These consist of fifty-six cards, sometimes known as pips. Minor arcane comprise of four suits of fourteen cards each: ten numbered cards and four court cards. The page, knight, queen and king make up the court cards in each of the four tarot suits. Traditional Italian suits of tarot are swords, batons, coins and cups. Modern tarots slightly alter the names of the suits; the batons suit is called wands, rods, or staves, and the coins suit is often called pentacles or disks.

Lots of styles, designs and patterns of tarots emerged since they were introduced. The standard and most important design is known as Tarot de Marseilles. Studied by Court de Gebelin, the patterns of the Marseilles illustrate his Le Monde primtif. This standard was also made popular in the twentieth century by Payl Marteau.

Another popular style of tarot is the Swiss Tarot. Here, the High Priestess and the Hierophant cards are replaced with Juno and Jupiter, respectively.

The Minichate in Florence is another variation. This variation uses a deck of ninety-six cards instead of the usual seventy-eight. The additional cards include astrological symbols and the four basic elements of the world-fire, water, air, and earth.

Another influential tarot deck which is popular in English-speaking countries is the Rider-Waite deck. The deck’s imagery, drawn by artist Pamela Colman-Smith following the instruction of Christian mystic Arthur Edward Waite, is complex and filled with occult symbolism, particularly the trump cards. An important thing that sets the Rider-Waite deck from the Marseilles-style decks is that the scenes in the numeric cards depict divinatory meanings derived from traditional cartomantic divinatory meanings and from those adopted by the Hermetic Order of the Golden Dawn.

The tarot provides great pursuit for truth seekers, or if you believe in the supernatural, or if you are simply curious about life and its ups and downs, and such aspects as love, career, and success. If you’re seeking insight into the past, the present, or the future, you’ll find it in the tarot cards.