Tarot cards are among the most popular of card types in the world. Collected for their card value, as well as notorious for the “fortune telling powers” entailed in their usage, the popularity of tarot cards is evident. 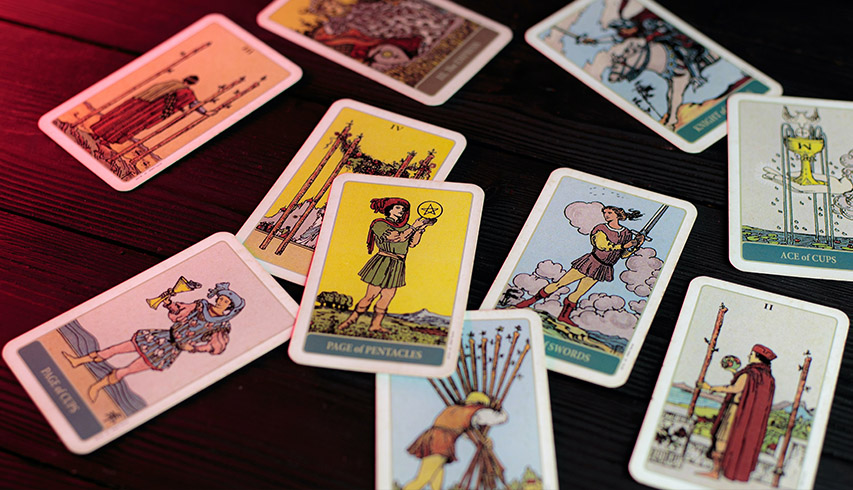 Tarot cards are among the most popular of card types in the world. Collected for their card value, as well as notorious for the “fortune telling powers” entailed in their usage, the popularity of tarot cards is evident.

The Fool is indeed one of the most popular of tarot cards. Mind you, the fool being talked about here doesn’t talk about fool as in foolish, but rather talks about a jester, which in the Medieval Times, was commonly referred to as the fool.

The Fool of tarot cards’ typical depiction entails that of a young man walking towards a cliff, with his dog following him, his possessions in one hand, and a rose on another. The actions of the Fool tarot card symbolises beginnings, talking about starting on a journey, or going on an adventure, being simply spontaneous, living the moment, or simply doing unexpected things, having faith, and embracing folly, accepting the many choices one makes in life.

The Tower would be another popular card when talking about tarot cards. The Tower card is typically drawn with a tower, which appears to be stuck by a lightning bolt. The actions of the Tower card typically symbolises sudden change, representing an upheaval experience. Also, the Tower card also signifies exploding, representing emotional outbursts. The Tower card is also known to represent falling down, not in the literal sense, but more on the lines of being humbled by the circumstances one comes in contact with. Revelation would be another symbolism of the tower card.

Not just infamous in the realm of tarot cards, the Devil is another popular card among tarot cards. The Devil card art typically depicts an illustration of the Devil, inverted star in the background. The Devil card actions typically entails the experience of bondage, meaning experiencing unwanted action. Being materialistic would be another association, meaning one’s focus on one’s own physical appearance, as well as being so engrossed with the physical world, neglecting the spiritual side of life itself.

Generally, the Death card is one which signifies endings, pertaining to the commencement of a chapter in one’s life, or entailing the act of putting one’s past behind, choosing a brighter one over the other. The Death card also signifies a transition point in life, and could talk about a change in one’s status in one’s life, either for the bad or for the worse. Cutting off one’s excesses, as well as realising just one had wasted in his or her life would be another symbolism of the Death card in a tarot card deck.

Another famous card in a tarot card deck would be the Hanged Man tarot card, which is basically known to entail not a man hanged by the noose, but rather a man who is hanging, generally, upside down, one foot tied to a tree.

The Hanged Man tarot card in a tarot card deck is known to symbolise “letting go”, symbolising acceptance. Also, the card could also mean reversal, which the act of overturning one’s former priorities could take shape in.

The tarot provides great pursuit for truth seekers, or if you believe in the supernatural, or if you are simply curious about life and its ups and downs, and such aspects as love, career, and success. If you’re seeking insight into the past, the present, or the future, you’ll find it in the tarot cards.