What is Tarot Astrology?

Tarot astrology is the system through which a reading of the cards in a tarot deck help you through troubled times by offering a reflection on your past, present and future. Tarot is closely associated with astrology as each card relates to a planet, element, or astrological sign. 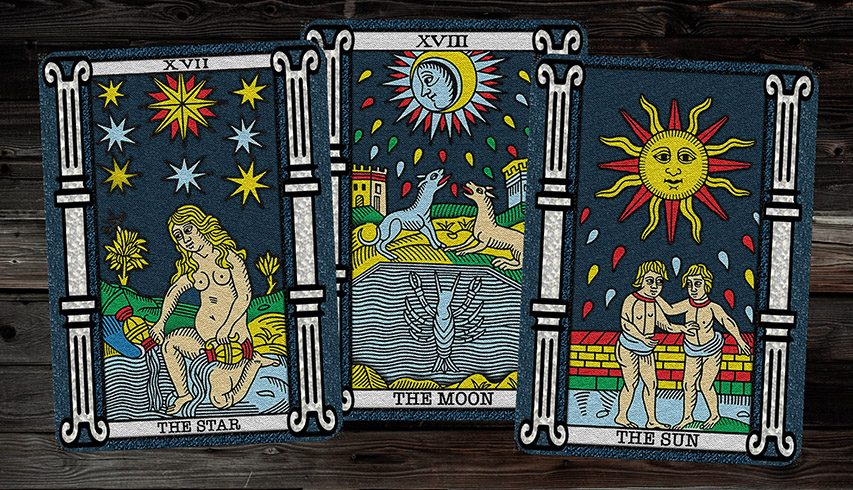 What is Tarot Astrology?

Tarot astrology is the system through which a reading of the cards in a tarot deck help you through troubled times by offering a reflection on your past, present and future. Tarot is closely associated with astrology as each card relates to a planet, element, or astrological sign.

Tarot cards are used for divination, often known as fortune telling. But, many psychologists have used them as well, feeling that the cards often make patients delve in to how they feel about themselves. This is done through the subconscious. For example, let’s say you know work is not going well, but you do not allow yourself to think about it. Getting a tarot card reading that shows you need to change occupations is not really telling your future so much as it is making you face what is really going on in your life.

A tarot card deck consists of 78 cards that fall into two distinctive parts. The first part is called the Major Arcana. This part of the deck has 22 cards, 21 suit-less cards referred to as trumps and one card called The Fool. It is believed that these cards represent different stages of life that we go through. Many are recognizable such as the Magician (associated with the planet Mercury), the Lovers (associated with the astrological sign Gemini), and the Death card (associated with Scorpio).

The other 56 cards are in the Minor Arcana. Arcana is taken from the Latin word “akanum,” meaning secret. The Minor Arcana is divided into four suits, just like regular playing cards. The four suits are the Cups, the Wands, the Swords, and the Pentacles. Each of these cards represents a certain element of the Earth and is associated with certain astrological signs. The Cups represent water and are associated most closely with Cancer, Scorpio, and Pisces. The Cups stand for emotions, spirituality, and the unconsciousness. The Wands represent fire and are associated with Aries, Leo, and Sagittarius. The Wands stand for action, creativeness, and personal growth. The Swords represent air and are associated with Libra, Gemini, and Aquarius. The Swords stand for the mind, intelligence, and knowledge. The final suit, the Pentacles, represents earth itself and is associated with Taurus, Virgo, and Capricorn. The Pentacles stand for the physique, bodily experiences, and practicality. In addition to the four suits, there are also Court cards including the King, Queen, Prince, and Princess for each suit.

Over the years, the interpretation of the cards has evolved. Modern decks of tarot cards are much more expressive that then earlier version, due in part to the pictures being more closely associated with their meaning. Tarot readers prize their cards and often will not let others touch them as they are viewed as sacred tools of their trade. Many card sets are often viewed as works of art because of the detailed pictures on each one.

Finding a psychic for a tarot reading is easy. If you are looking to visit a psychic in person, check locally online. If you live in a remote area or are leery of visiting a psychic in person, you can also get tarot card readings online. If you use your favourite Internet search engine to search on “free tarot reading,” you will find many sites appear. If you are leery that free readings might not be as accurate as paid reading, you can also find online psychics who will charge to do a reading. Some psychics will base their charges on how many questions you wish to ask about the reading while some will just charge a flat fee for so many minutes.

Whether you get a tarot card reading online or in person, there are several things you should keep in mind. The tarot card reading should not scare you, but rather give you a better understanding of yourself. They will help you with not only what your future holds, but also what is presently going on in your life. You should leave the reading with a positive attitude and feeling enlightened.